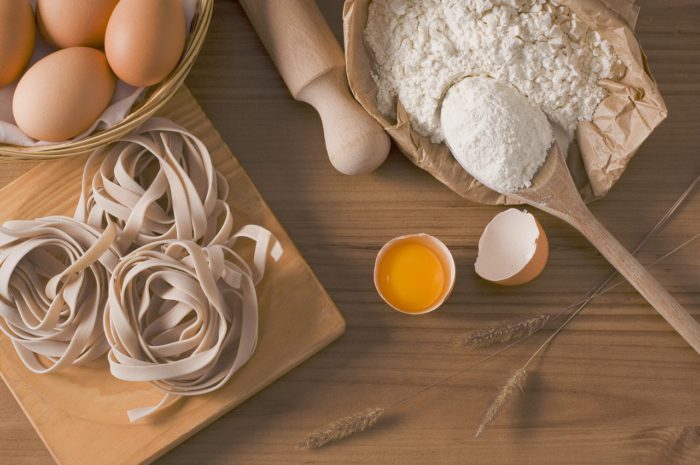 Ever since I began my weight-loss journey, one thing I quickly realized was that I would have to give up flour – wheat flour to be exact. The easiest thing for me to have done would’ve been to simply stop eating any foods that required flour. This meant no bread, tortillas, cookies, cakes, etc. All the yummy foods that make life better. This was too great a sacrifice for me because I had been eating bread and wheat products all my life.

I have never been gluten intolerant and have never had celiac disease. My problem with wheat flour is the fact that it’s high in carbohydrates and my body readily converts that sugar directly into fat. So I was tasked with finding low carb flour substitutes that would perform similarly to wheat in all my recipes that required all-purpose flour.

There are a lot of low carb flour substitutes available and many of them have the added benefit of being gluten-free. I’ll discuss some of the flour alternatives that work almost as well as flour depending on the recipe. First up!

Who would have thought that it was possible to make flour out of ground-up dried coconut meat? Coconut flour is now one of the most widely known and used low carb flour substitutes. Found in the pantries of keto and paleo dieters, the texture of coconut flour varies from coarse to fine. It’s definitely not as fine as wheat flour and it works a lot differently in baking applications.

Coconut flour is highly absorbent so it may be best to combine coconut flour with another grain-free flour for best results. If you want to use all coconut flour, just keep in mind that you will have to up the liquids and eggs in the recipe to compensate for this quality of the product.

These days I only use coconut flour to make keto rolls based on a recipe I found on Diet Doctor. That recipe calls for almond flour but I prefer to use coconut flour instead. The rolls come out perfectly chewy with a nice crumb. You’d think you were eating a grain-based roll! Next up…

When I began baking with low carb flours, I was really pleased with the results I achieved while using almond flour. However, in the back of my mind, I was concerned about eating that many almonds and omega-6 fatty acids in one small serving of bread or cake. Almonds are also energy-dense, high fat, and contain phytic acids – an anti-nutrient that blocks the absorption of minerals.

So while almond flour is almost perfect it still was not what I was looking for in a low carb flour substitute.

Since I wanted to enjoy the benefits of baking with almond flour without any of the negatives, I used to dilute it with another low carb grain-free flour like coconut flour to make a baking mix for use in specific recipes. I often mixed and matched different low carb flours to come up with a mix to use in different recipes but this soon became a pain. This is when I discovered the following low carb baking flour mix.

Although I was pleased with the baking results of some of my coconut flour and almond flour recipes, I was still dissatisfied with having to use different grain-free flours for different low carb recipes. I wanted one blend or mix that I could use as a direct 1:1 flour replacement for all of my baking recipes.

I discovered the THM Baking Blend when I was searching for a low carb flour substitute that did a better job than I could of making a complete low carb flour substitute that I could use in any recipe. The THM Baking Blend was just what I needed. This low carb, gluten-free baking blend consists of a combination of oat fiber, organic coconut flour, golden Flax meal, blanched almond flour, collagen peptides, glucomannan (konjac powder)

I like this blend because it dilutes the potency of individual low carb flours which means that you won’t be consuming an overabundance of any one nutrient per serving.

All in all THM Baking blend is a very good low-carb flour substitute, however, it is very expensive so I prefer to make my own version of the product. I found this website that provided the amounts of each ingredient found in the THM Baking Blend so you can make your own. You’re welcome. 🙂

Using a proprietary process, Tova Industries has managed to significantly lower the carb content of wheat flour making it ideal for any baking application. Carbalose flour is used in the same way you’d use regular flour and Carbquick is a baking blend made from carbalose flour and is mostly suitable for biscuits, pancakes and the like. Carbquick is essentially the low carb version of Bisquick and you’d use it in the same way. According to Tova’s website:

So this makes carbalose a very good low carb replacement for regular all-purpose wheat flour. I do suggest sifting carbalose flour before using it to bake bread. It makes a softer, chewier loaf when it’s sifted.

I can truly say that carbalose flour and carbquick are great low-carb substitutes for all-purpose white flour. However, due to its processed nature, I would recommend only consuming once or twice per week. 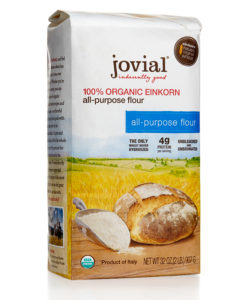 Einkorn literally means “one seed.” This flour is made from original, unhybridized ancient wheat berries which means it has lower gluten content than is found in modern hybridized wheat. It’s so gentle that some celiacs and those with gluten sensitivity may be able to enjoy it. It makes tender baked goods that come out a lovely golden-brown color.

Einkorn flour is also minimally processed so it doesn’t contain allergens and proteins that bother some people. Einkorn flour has the same amount of carbs as regular flour but doesn’t seem to raise blood sugar levels in the same way. I’d suggest testing it out to make sure it works for your body if you are sensitive to blood sugar spikes and/or are diabetic.

Low Carb, Keto, or Paleo – There’s a Flour Substitute for Your WOE

I hope that some of these low-carb flours will be suitable for your way of eating. If there are any that contain ingredients that you are allergic to, feel free to try the others. Let me know in the comments what low carb flours are in your pantry and if there are other great low carb flour substitutes out there. Happy eating!